In the late evening hours of the above date, Hartly's volunteers were clearing from a fire alarm in the first due when Kent Center advised they were taking a call for an MVC with rollover and entrapment in the 3300 block of Westville Road; Station 56's (Marydel) district. 51 units made the response and upon the arrival of 56-15, conditions were confirmed with one patient whom was egress challenged needing a door pop for a safe extrication. 56 and 51 units arrived on location shortly after and stabilized the vehicle before preforming the door pop. Once the patient was extricated, they were turned over to awaiting EMS and the scene was placed under control. 51 units were cleared by command shortly after. 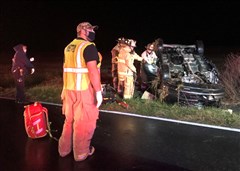 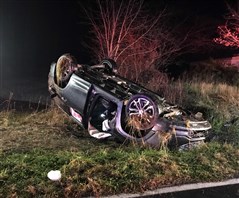