In the early afternoon hours of the above date, Hartly's volunteers were dispatched along with additional fire and EMS resources for a working house fire in the Hidden Acres development. Shortly after dispatch, 51-15 arrived on location and reported a single story, single family dwelling with smoke showing from the charlie side. Once additional units from Hartly, Dover, Marydel, Camden-Wyoming, Saint Francis EMS and KCEMS ALS arrived on scene, the fire was extinguished and held to the exterior of the structure with negative extension. Searches were completed with negative results and the scene was placed under control shortly after the arrival of units. Deputy Chief Read had the Hidden Acres command. 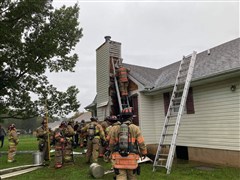 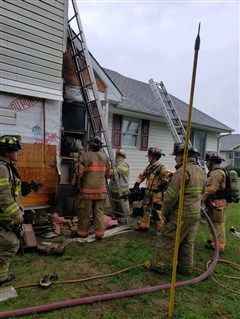 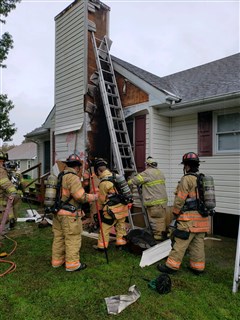