In the afternoon hours of September 3rd, Hartly’s volunteers were alerted along with multiple Fire/EMS agencies for an MVC with multiple patients, entrapment and a rollover. Units arrived on scene minutes after dispatch and confirmed one Priority 1 patient whom was trapped and one Priority 2 patient whom had self extricated from the second vehicle. Crews went to work stabilizing both vehicles and began to extricate the trapped occupant. Command then requested an additional aviation unit for the second patient. Once extrication was completed and both patients were packaged by EMS, both were flown via DSP Trooper 4 and Trooper 2 to an area trauma hospital. The scene was then placed under control and units returned to service. Deputy Chief Read had the command. Aerial photos courtesy of 43-16. 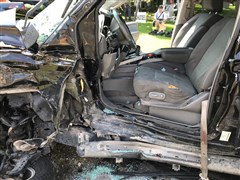 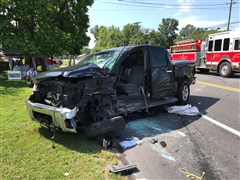