In the afternoon hours of September 18th, Station 51 was dispatched to assist Station 56 (Marydel) with a vehicle fire in the 200 block of Holly Island Road. Captain Gosch (51-19) was in the area and arrived on scene moments after dispatch and reported two vehicles involved in the driveway of the dispatched address. 56 and 51 units arrived on location minutes later and began to extinguish the fire. Once the fire was knocked in both vehicles, the scene was placed under control and units returned to service shortly after. 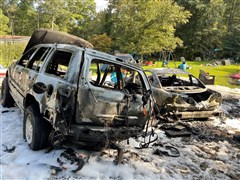 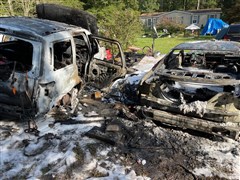