In the evening hours of the above date, Station 51 and Station 43 (Cheswold) were both dispatched via 911 for a shed fire in the 2100 block of Judith Road. While units were enroute, Kent Center advised that the RP was reporting a 10x10 shed on fire in the backyard of the residence. Once units arrived on location, crews confirmed conditions and deployed a handline to extinguish the fire. Once the fire was knocked and no extension was observed, command placed the scene under control and held it to 51 units. Once the DSFMO arrived on scene, 51 units returned to service with the scene being turned over to them. Deputy Chief Read had the command. 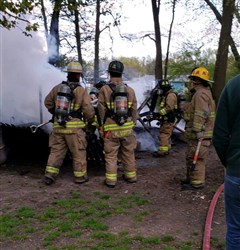 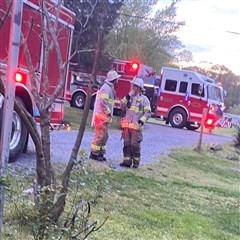